Various discussions are currently addressing how to further increase the automation level in machine tools or machining centers and how to integrate the ability for adaptive production.

Deublin has been dealing with developments in machine tools for decades, because besides sensor technology, attention must also be paid to the cutting process itself and the fact that today machine “flexibility” is required: using cooling lubricant, dry cutting with compressed air support or as minimal quantity lubrication. 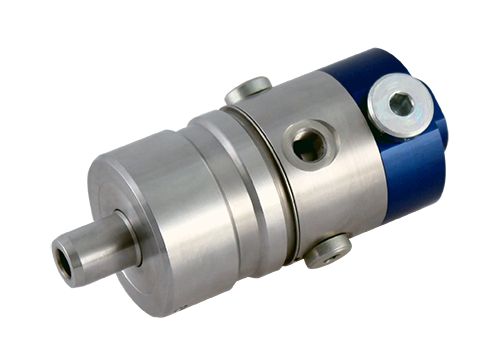 A first step in relieving the operator and automatically running the system is hence a rotating union with AutoSense at the interface between the rotating spindle and the fixed supply lines. Thanks to its design, such a Rotating Union “recognizes” what is provided for the next machining process, namely coolant, MQL or compressed air.

Since tiny particles are produced during machining, washed away in the coolant and despite filtration not completely removed, a Rotating Union shows wear at some point. Our SpindleShield technology monitors this and reports early that there is a need for maintenance.

Thus maintenance can be planned, which indirectly supports the automation tasks, but already fulfills the demand for integrated systems.

The spindle as a central component is considered a highly developed electromechanical assembly. However, there is criticism e.g. that the use of sensors is mostly limited to safety functions and measuring tasks on tools and workpieces

and that "intelligent embedded systems" have so far rarely been used. 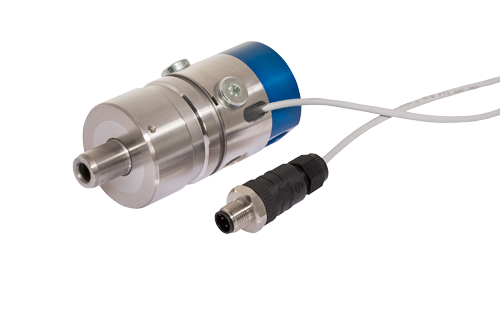 A step in the above mentioned direction are so-called machining or fork milling heads, which are suitable for milling sophisticated and narrow workpiece contours. They are characterized by high positioning accuracy, clamping force and "large swivel angle". Actually, these heads could even reach a 360° swivel angle, but currently mostly an energy chain is used for power and signal cables, which prevents a full rotation: Because of the necessary travel paths, this means loss of time during machining! This problem can be solved with our Slip Rings, because real 360° rotations are exactly the tasks for which they are designed. And because there are sufficient number of channels for power and signals, production with the appropriate sensors in the milling head is made possible. The SRH series represents the basic concept, because it can transmit high current outputs, an exact design is tailored to customer-requirements.  Regarding the upcoming challenges for the machine tool / machining center designers, especially in terms of greater automation and sensor density, Deublin is already able to offer solutions: ask us!

Be more: Efficient – with Deublin Solutions